The Awutu Farm Project is a 100 acre model farm located in Awutu Mankessim, Ghana, West Africa. We work with ten young farmers to educate them on agricultural best practice and farm management skills in order to increase yields, increase food security, and improve their access to end markets. That’s ten young farmers at a time who will become lead farmers within their local community 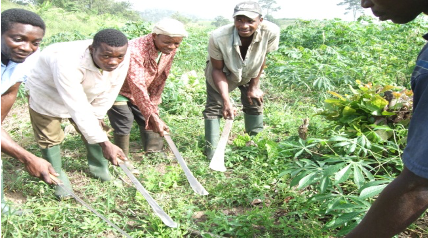 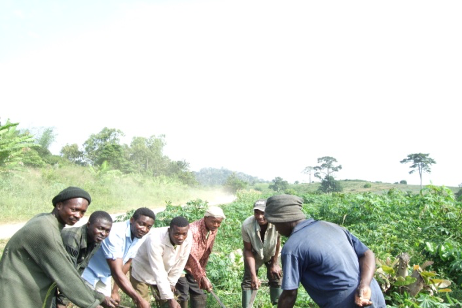 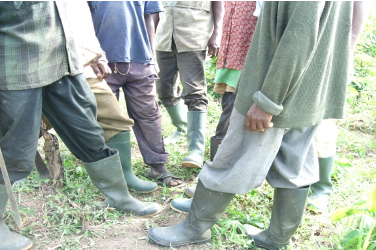 Handouts don’t work. But capital markets do. So we don’t give people seeds to farm, we teach them how to farm, to manage their farm, and market product; so they are profitable successful, and empowered. Shamba Partnership focuses on education, infrastructure and incentives that motivate people. It’s a simple idea. But it creates lasting profitable results.

Ghana, West Africa is a primary market for business investment and growth. Projected to have a GDP growth of 7% per year, it will be one of the top ten fastest growing economies in the world from 2011-2015. It is a gateway to a market of 250 million people in West Africa. Agriculture is the driving force behind Ghana’s economy and accounts for approximately 42% of its GDP and 54% of its labor force. Ghana produces a variety of crops including cassava, citrus, pineapple, palm oil and mangoes. The country is the second largest coca produce in the world. Due to the recent discovery of crude oil off the coast of Ghana, the country continues to strengthen its economic position, and now has the patient to contribute to global energy security.

Ghana has a favorable reputation globally due to its record of economic and democratic development success. It is also a lead country in both the Africa Union and Economic community of West Africa State (ECOWAS), and has warm relations with U.K.

The economic prospects look bright for Ghana. As its strengthen it’s a agricultural mining and energy sectors, the country will continue to lead Africa in economic reforms, improvement of democratic institutions, and West African community Activity.

One Stop International is a non-profit organisation that uses a market-driven approach to strengthen agricultural value chains in developing countries. Our goal is to help small farmers’ succeed – by modernizing production practices, developing food processing and creating market access.

Praxis Africa is an agricultural enterprise and rural community development enterprise located in Accra, Ghana. It works on developing and implementing ideas in the agribusiness sector. It produces a weekly agricultural television program on Ghana’s TV Station – The Farm Channel.

One Stop International it's a charity entirely Funded by our supporters.